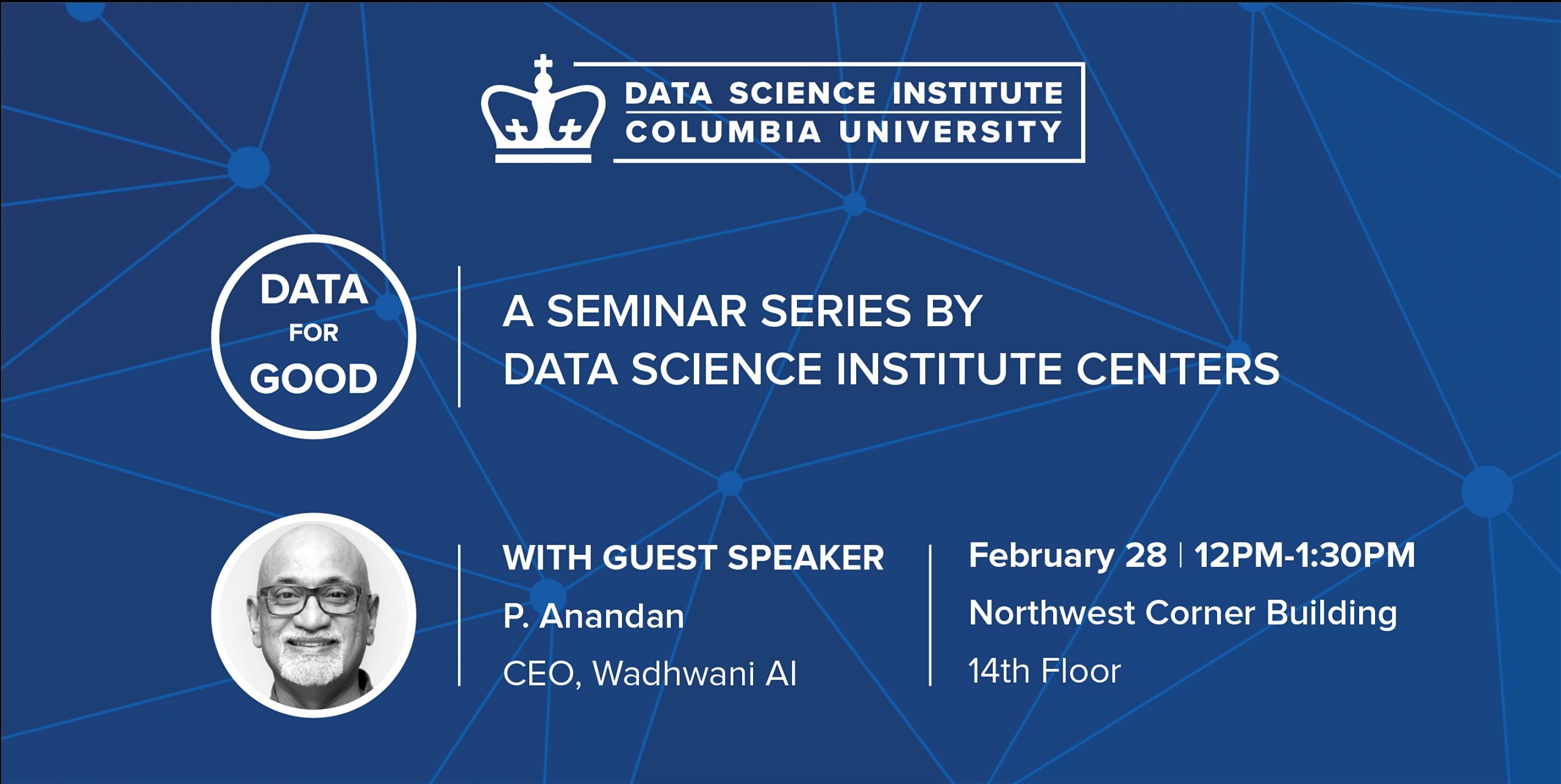 Abstract:
Even as we find Artificial Intelligence technologies pervasive in all aspects of our lives and there is every reason to believe this technology will fundamentally transform economic, social, and political realms throughout the world, its impact in day to day matters will primarily be limited to those in the middle and upper economic strata.  This leaves out about 3 billion or more people who live in poor communities throughout the world.  Yet, the power of AI and the ability to learn and create solutions based on data and real world experience are even more relevant to such underserved communities, whose living conditions are at least in part due to the lack of human expertise and human capacity to address their problems.  This applies to all aspects of their lives, such as basic livelihood, basic health, basic education, basic infrastructure, and financial inclusion. Wadhwani AI was founded in 2018 with the aim of leveraging the power of AI to address such challenges and to create societal change through the application of such technologies. Since then we have made rapid progress working on several problems in health and agriculture, including a simple and potentially effective solution to measuring the weight of newborn babies and detecting low-birthweight, TB eradication, and Integrated Pest Management in Cotton Farming.  Several of these solutions are already undergoing field trials.  In addition to the AI solutions themselves we are also learning how to implement them in social domains through partnerships and co-creation frameworks with other NGOs and Governments.

In this talk, I will describe our progress, the challenges we faced and how we address them, and our directions for the future.  We are an independent not-for-profit organization based in Mumbai, India, but with the aim of addressing problems faced by underserved communities throughout the world. More about us can be found in our website: https://www.wadhwaniai.org/

P. Anandan has been the CEO of Wadhwani Institute of Artificial Intelligence since its inception in Feb 2018. Previous to this Anandan was VP for Research at the Adobe Research Lab India (2016-2017) and before that a Distinguished Scientist and Managing Director at Microsoft Research (1997-2014). Anandan was the founding director of Microsoft Research India which he ran from 2005-2014. Prior to this, Anandan was researcher at Sarnoff corporation (1991-1997) and an Assistant Professor of Computer Science at Yale University (1987-1991). His primary research area is Computer vision where he is well known for his fundamental and lasting contributions to the problem of visual motion analysis.